In the first two competition days, Friday and Saturday, all teams play against each other. Then, based on the result of these matches, the semi-finals and finals are played on Sunday. Of the six matches Tech United plays during the first two competition days, two are cancelled due to technical problems of the opposite teams. Of the remaining four matches, Tech United wins three. The match versus CAMBADA is an exciting one and ends in a tie! All matched that are played are summarized in the form of a video, and you can watch them using this link. On Sunday the semi-final is played versus the ASML Falcons, which ended in a baffling 11 – 0 for Tech United! This means we are facing CAMBADA in the final, and we’re ready to beat their asses!

At 13:00 the final against CAMBADA starts, and within one minute Tech United scores! But the team knows better than to bust out the melted butter early. But then, within three minutes of the first goal, Tech United scores once more! CAMBADA’s offense play is incredible, but luckily so is our keeper! After a long period of fast heartbeats, sweaty palms and nervous looks the match comes to an end with an amazing score of 2 – 0 for Tech United. We have thereby won the MSL competition of the Portuguese Open 2017. 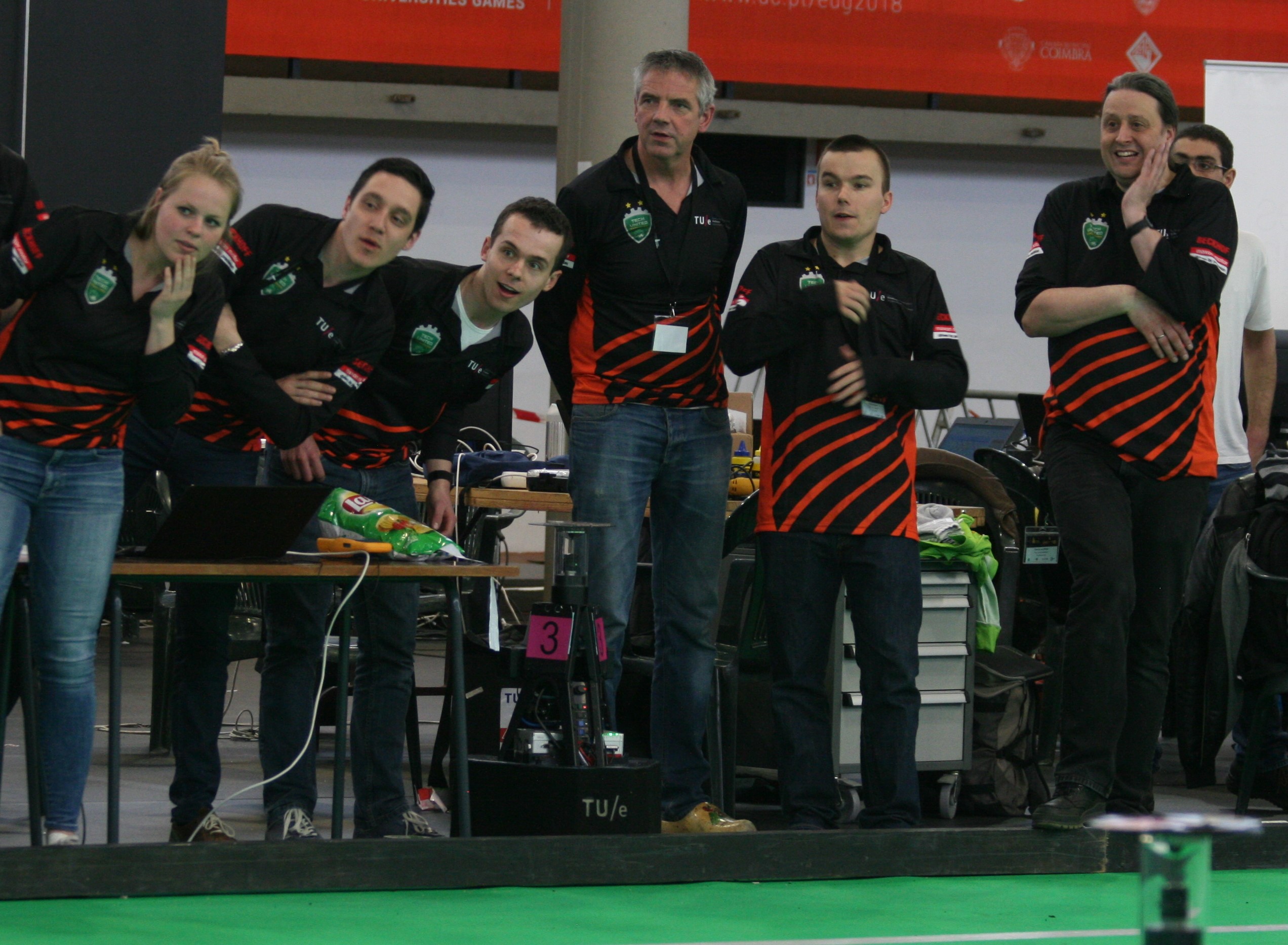