The first two days, Wednesday and Thursday, are setup days. During these days, the robots get familiar with the arena and are prepared for all the challenges. Thursday is also the registration day, during this day, the robots have to register themselves and various safety checks are performed. On top of that, the team also holds a poster presentation to show the improvements that have been made over the last year. Then, on Friday and Saturday, the days are filled with challenges. On both days, four challenges are scheduled. To see how AMIGO performed during these challenges, check out the various videos that have been made during the German Open.

Sunday is the day of the final. The five teams with the highest score go to the finals. Those five teams are Tech United, ToBi, Homer, RT Lions and SSC. During the final every team can show something of their choice, much like the Open Challenge. The jury consists of people from the @Home league and people from the business world, they will judge the presentation. At 12:30 AM the finals get started and Tech United starts in the fourth position, at 1:15 PM. Tech United gives away a great demonstration and presentation that can be viewed here. After the jury has deliberated, the score is given and Tech United has claimed the second place! Tech United received the most points for the final, but it was not enough to overcome the lead of Homer. A great performance by Tech United! 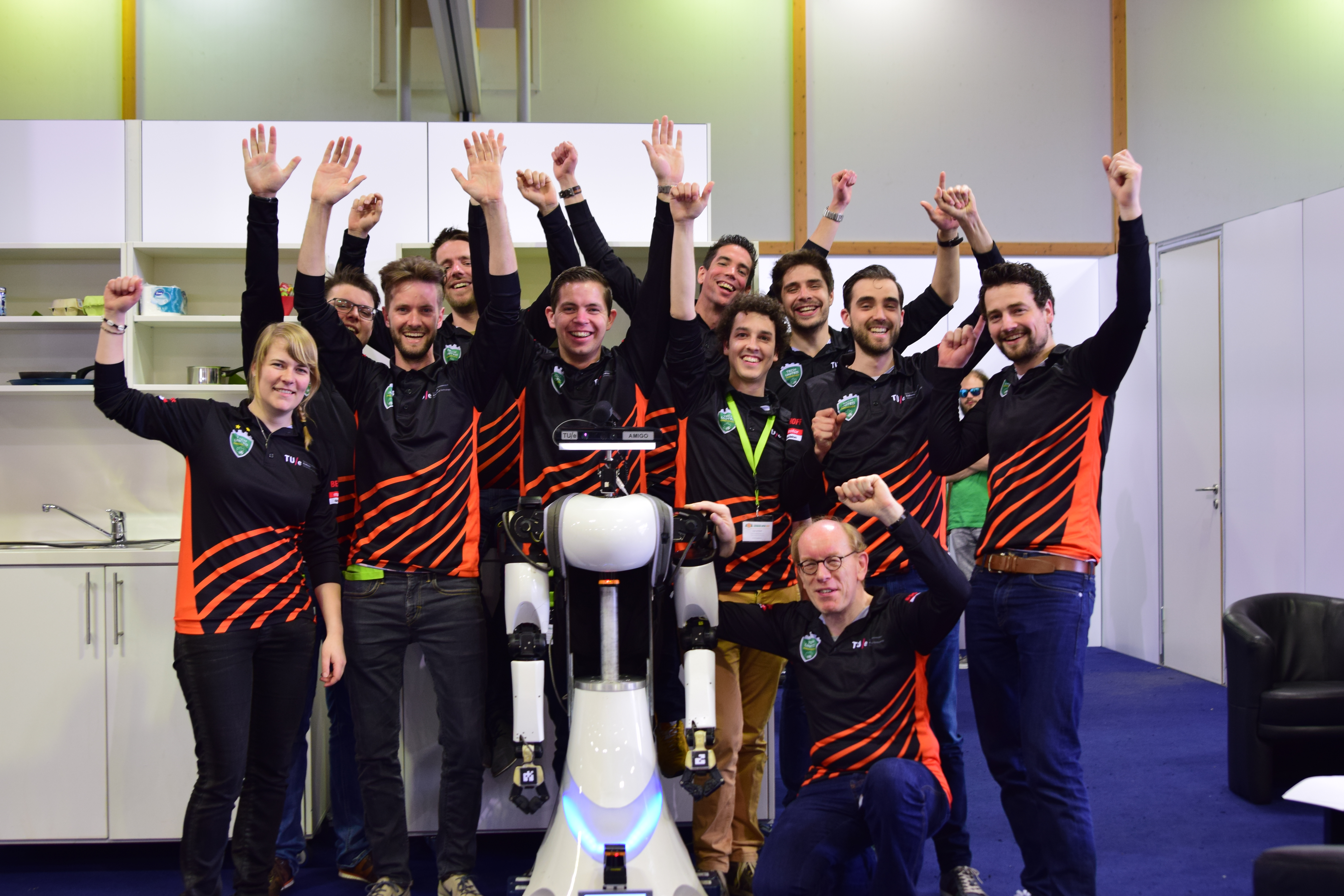